Bug in Android Oreo: Using Mobile Data Even When Wi-Fi Turned On 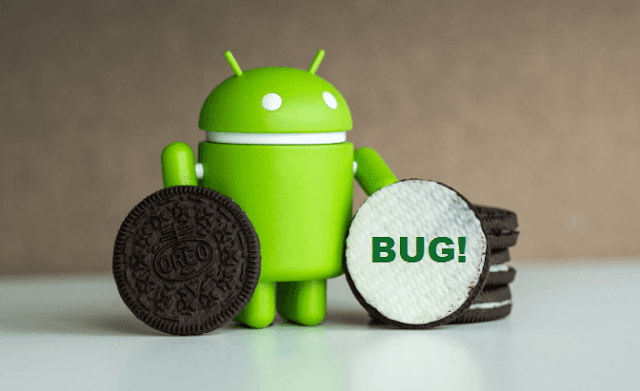 Bug in Android Oreo: Using Mobile Data Even When Wi-Fi Turned On

Google New Android Version Oreo has recently reported with a Bug. One of the Reddit user has reported,

“Using mobile data and wifi at the same time with Oreo might bypass WiFi and only use mobile data:

After updating to Oreo last night, I received a huge spike in data usage, all the while being connected to WiFi. I contacted support and was told that they are aware of the issue and are working on a fix. In the meantime I have turned off mobile data while at home, so only WiFi is being used.”

So according to the above post, user has reported the issue to Google and in response to that, Company said they are aware of the Bug and working on a fix that makes Android 8.0 Oreo phones prefer Mobile Data only.

Currently only few Android users will be affected because Oreo is currently available as OTA for Pixel and Nexus phones as well as Verizon’s Pixel and Pixel XL devices.

Currently users need to turn off their Mobile data to make sure their device is not consuming any mobile data unnecessarily.

Google Unveiled Android OREO, it is the latest operating system in the Android family which is smarter, faster, more powerful and sweeter than ever. The world’s favorite cookie is your new favorite Android release.

Its 2x faster: Get started on your favorite tasks more quickly with 2x the boot speed when powering up as measured on Google Pixel.

Android Oreo helps minimize background activity in the apps you use least, it’s the super power you can’t even see.

Google is also working on Bluetooth connectivity bug in Android Oreo which is not connecting properly into car audio systems.

To be eligible for this latest update, you need to have Google Pixel, Google Pixel XL, Nexus 6P, Nexus 5X or Pixel C mobile devices. It will be supporting other mobile companies later this year.

CISA Warns of Critical Vulnerabilities in 3...