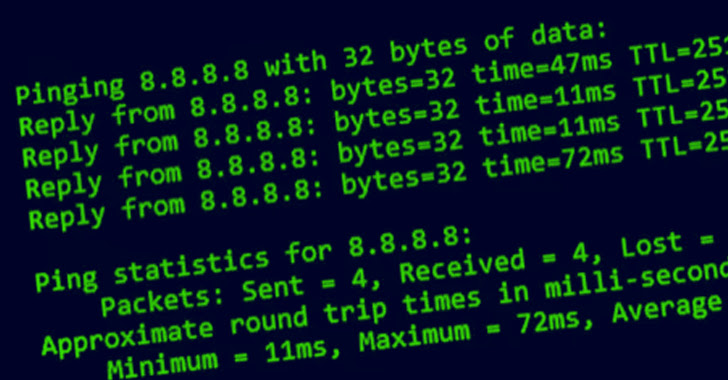 The maintainers of the FreeBSD operating system have released updates to remediate a security vulnerability impacting the ping module that could be potentially exploited to crash the program or trigger remote code execution.

The issue, assigned the identifier CVE-2022-23093, impacts all supported versions of FreeBSD and concerns a stack-based buffer overflow vulnerability in the ping service.

“ping reads raw IP packets from the network to process responses in the pr_pack() function,” according to an advisory published last week.

“The pr_pack() copies received IP and ICMP headers into stack buffers for further processing. In so doing, it fails to take into account the possible presence of IP option headers following the IP header in either the response or the quoted packet.”

As a consequence, the destination buffer could be overflowed by up to 40 bytes when the IP option headers are present.

The FreeBSD Project noted that the ping process runs in a capability mode sandbox and is therefore constrained in how it can interact with the rest of the operating system.

OPNsense, an open source, FreeBSD-based firewall and routing software, has also released a patch (version 22.7.9) to plug the security hole, along with other issues.

The findings come as researchers from Qualys detailed another new vulnerability in the snap-confine program in the Linux operating system, building upon a previous privilege escalation flaw (CVE-2021-44731) that came to light in February 2022.

Snaps are self-contained application packages that can be distributed by upstream developers to users.

Since the multipathd daemon runs by default as root, a successful exploitation of the flaws could enable an unprivileged threat actor to obtain the highest permissions on the vulnerable host and execute arbitrary code.

Parcel delivery scams are on the rise: Do you know what to watch out for?