You probably know that the Firewall is a controllable barrier between your network and untrusted networks. But did you know that the term “

” was borrowed from firefighting and fire prevention where the firewall is a barrier established to prevent the spread of fire?

The Firewall technology was emerged in the late 1980s, before that time the only network security was the Access Control Lists residing on routers. Unlike today’s Firewalls, the ACLs were not that smart at managing the connections.

I hope now you got a pretty good understanding about the Firewalls. If you want to know more, please refer the following Wikipedia article. 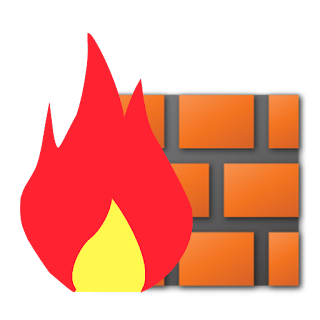 If you have read the article titled “Top 17 Antiviruses For Android“, you probably know some apps that has the Firewall feature, and you know it requires root access. But this app doesn’t require root access at all because instead of using superuser privileges, it controls the traffic by creating a local VPN.

The UI design is simple but good looking. And, It allows you to block apps’ access to a particular connection type which is very useful if you want to block an app from accessing WiFi or Mobile Data. 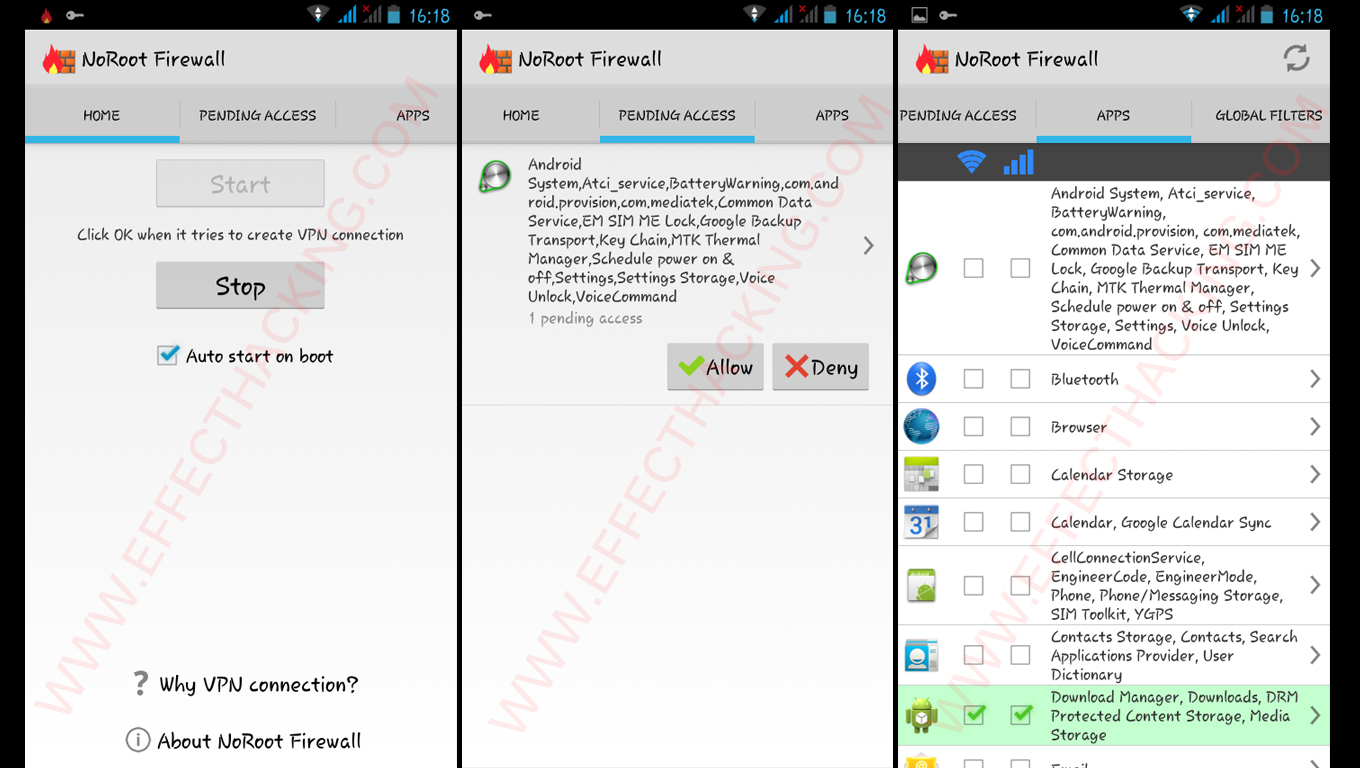 When the Firewall is activated, you will receive notifications if anything wants to connect to or from the internet, and you can allow or deny it.

It also allows you to create filter rules based on IP address, host name or domain name. That means, you can allow or deny only specific connections of an app.

If you want the details of previous communications, you can get that from the “ACCESS LOG” tab.

Note: NoRoot Firewall may not work on LTE because it currently doesn’t support IPv6. 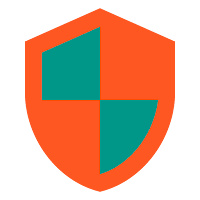 Like NoRoot Firewall, this one also doesn’t require root access. But it supports both IPv4 and IPv6.

I really like the material designed UI of NetGuard, it’s pretty cool. In the app, you can search for a particular app or sort apps based on their name, UID or data usage. 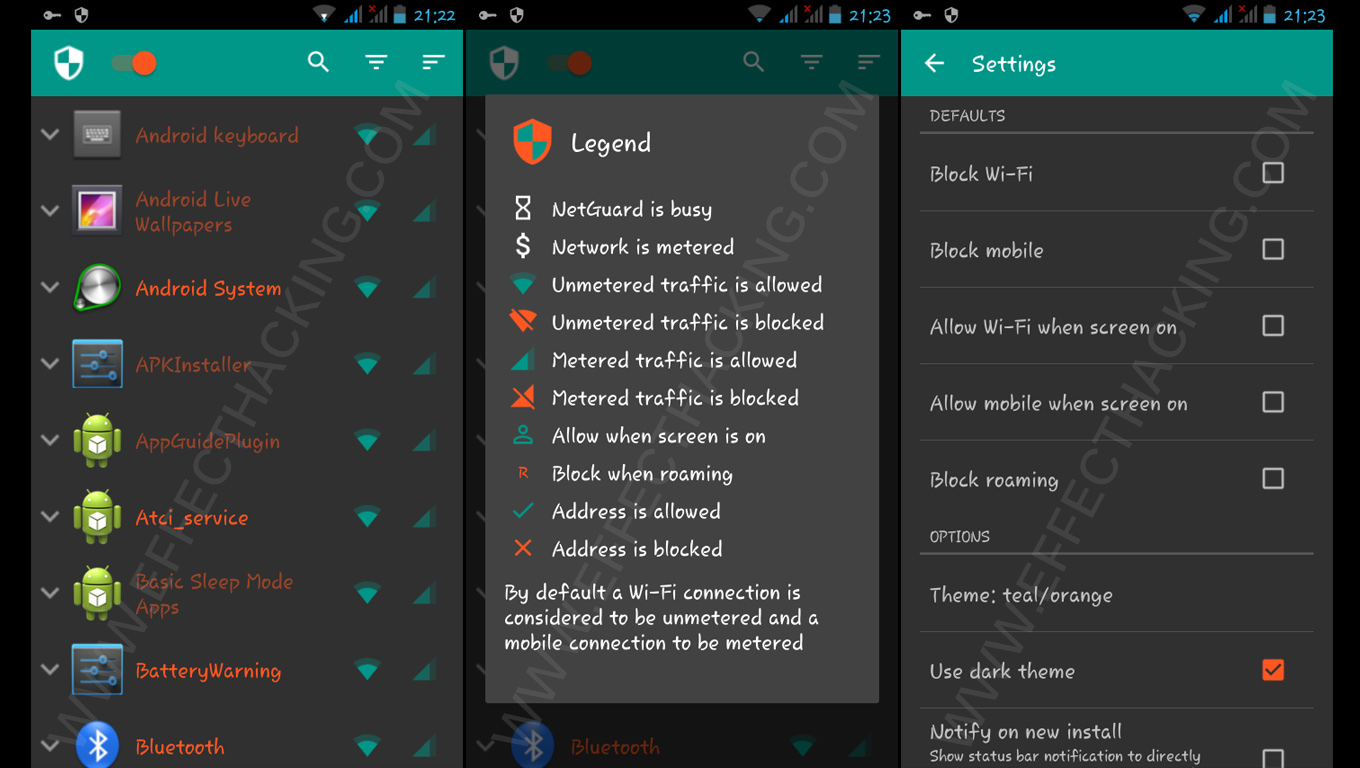 NetGuard is not completely free, if you upgrade to the pro version you will be able to view traffic log, filter network traffic, receive new application notifications, see the network speed as a graph in a status bar notification, and change the app’s appearance.

There are some unique features in this app, they are listed down below. 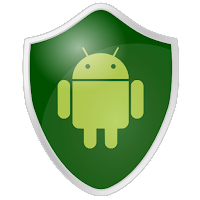 DroidWall is the most popular app in this list. It allows you to manually define custom iptables rules, other than that, it is a simple Firewall app. 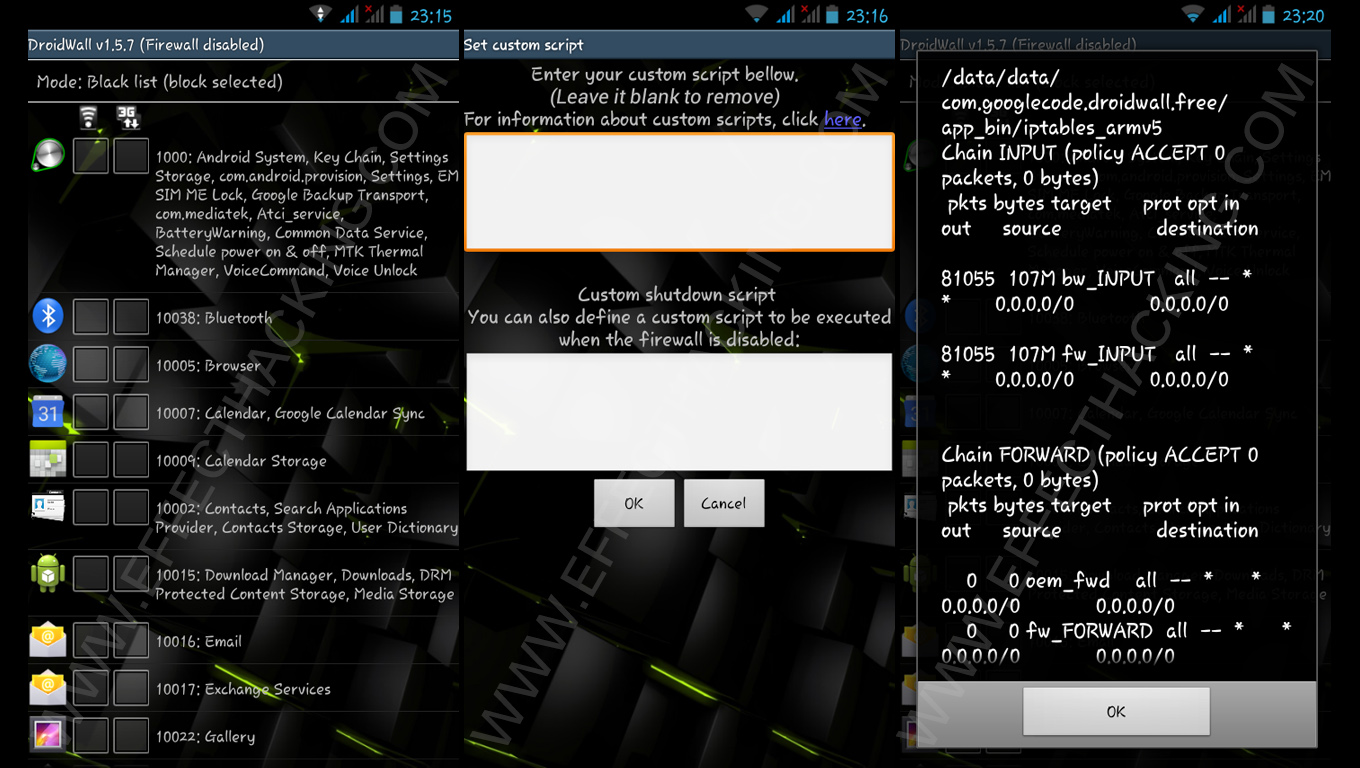 This app requires root access. If your device is not rooted, search for a rooting tutorial on the web because there is no defined way to root all android devices.

If you want to change the mode, just click on the Mode, it will display two options: White list (allow selected), and Black list (block selected).

Note: Disable the firewall before uninstalling, otherwise you will need to reboot your device to turn it off. 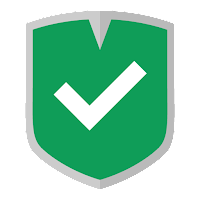 AFWall+ is a front-end application for the powerful iptables Linux firewall. It requires root access and its looks like the mixture of NetGuard and DroidWall! However, it is very efficient at managing the network traffic. 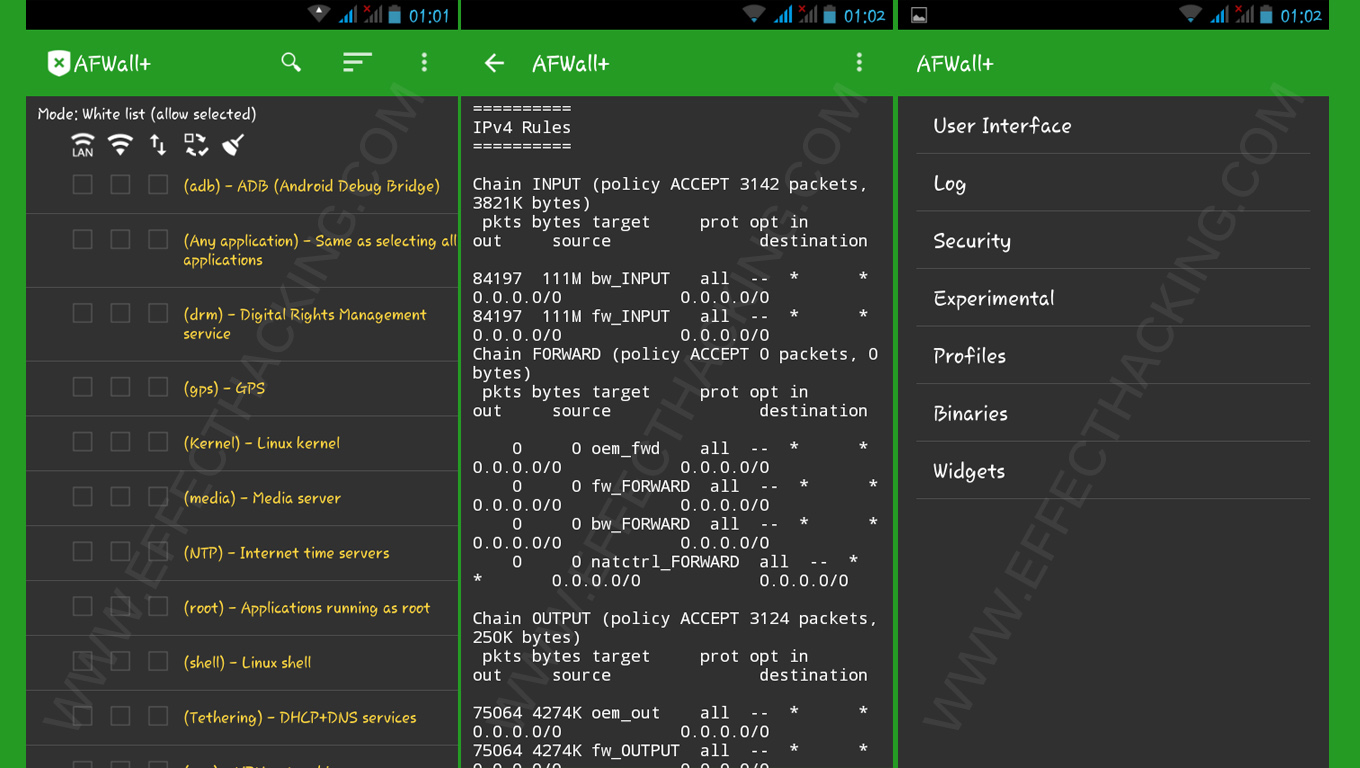 It also allows you to control traffic within the LAN or while connected through VPN. There are many useful features in this app including LAN support, Tether support, IPV6/IPV4 support, Blocked packets notification, App Lock, DroidWall rules support, and etc. 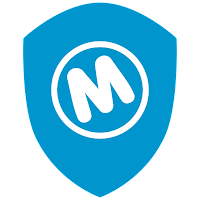 This app works without root access. Like any other Firewall apps, MobiWol can be used to save battery, reduce data usage, and secure your privacy. It also allows you to specify a rule for new applications (allow or block). 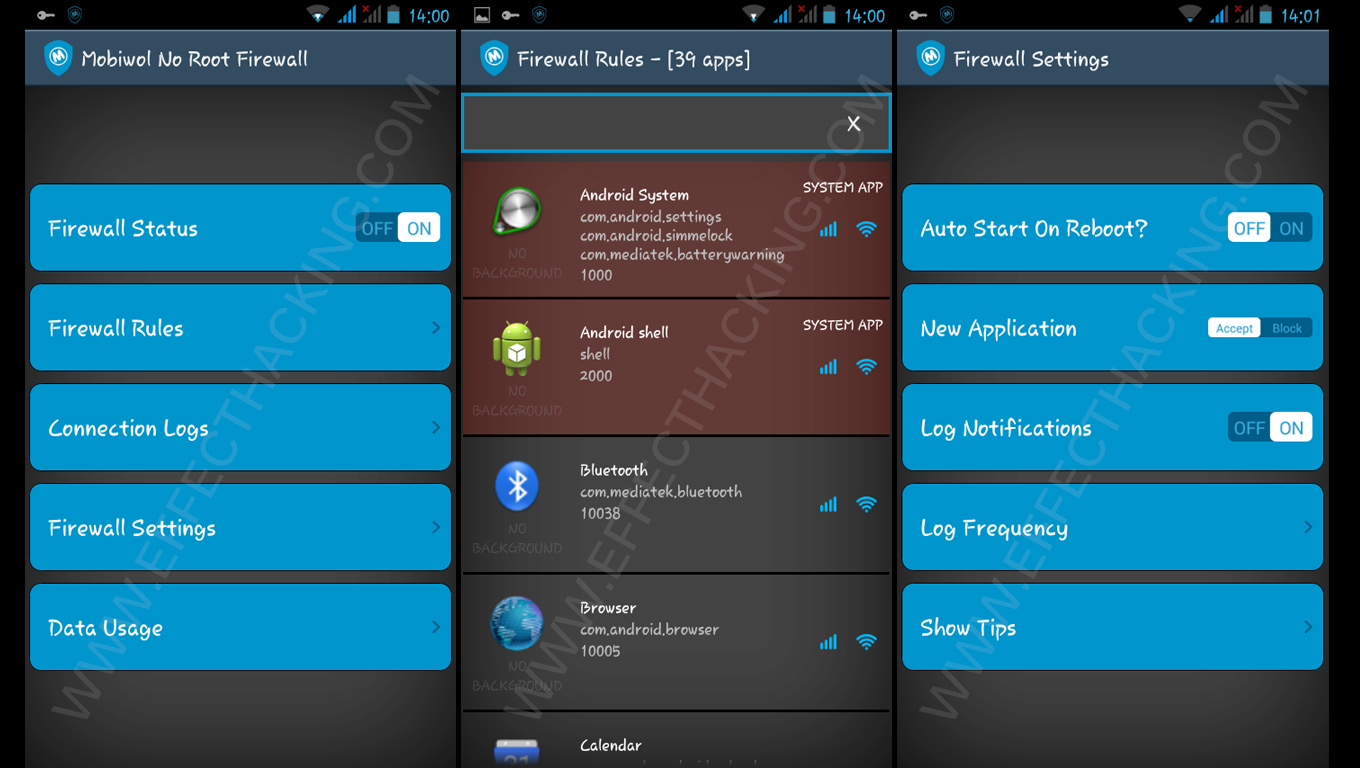 It always alerts the user when an app tries to access the internet. And the Connection Logs component has a search feature which I find very useful. 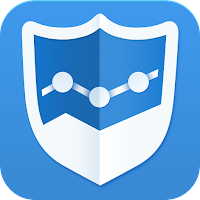 NoRoot Data Firewall allows you to control and monitor the traffic on non-rooted devices. There are some unique features in this app, one of them is the ability to capture packets. 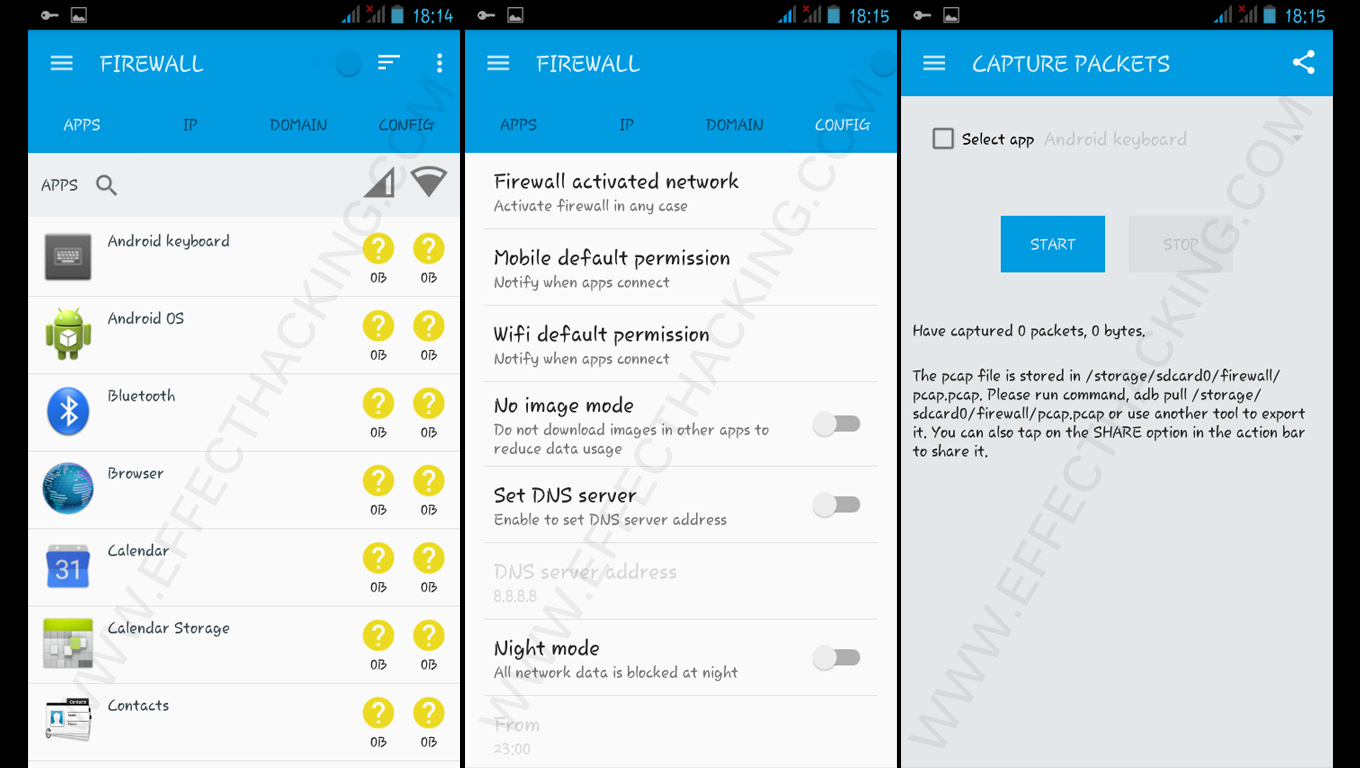 You can also protect the app from unauthorized access by enabling the “password protect” feature in this app. If you want to block your device from accessing the internet at night, just enable the “Night Mode” feature.

Some other useful features of the app: 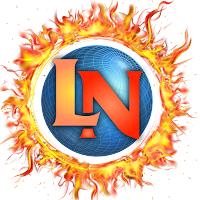 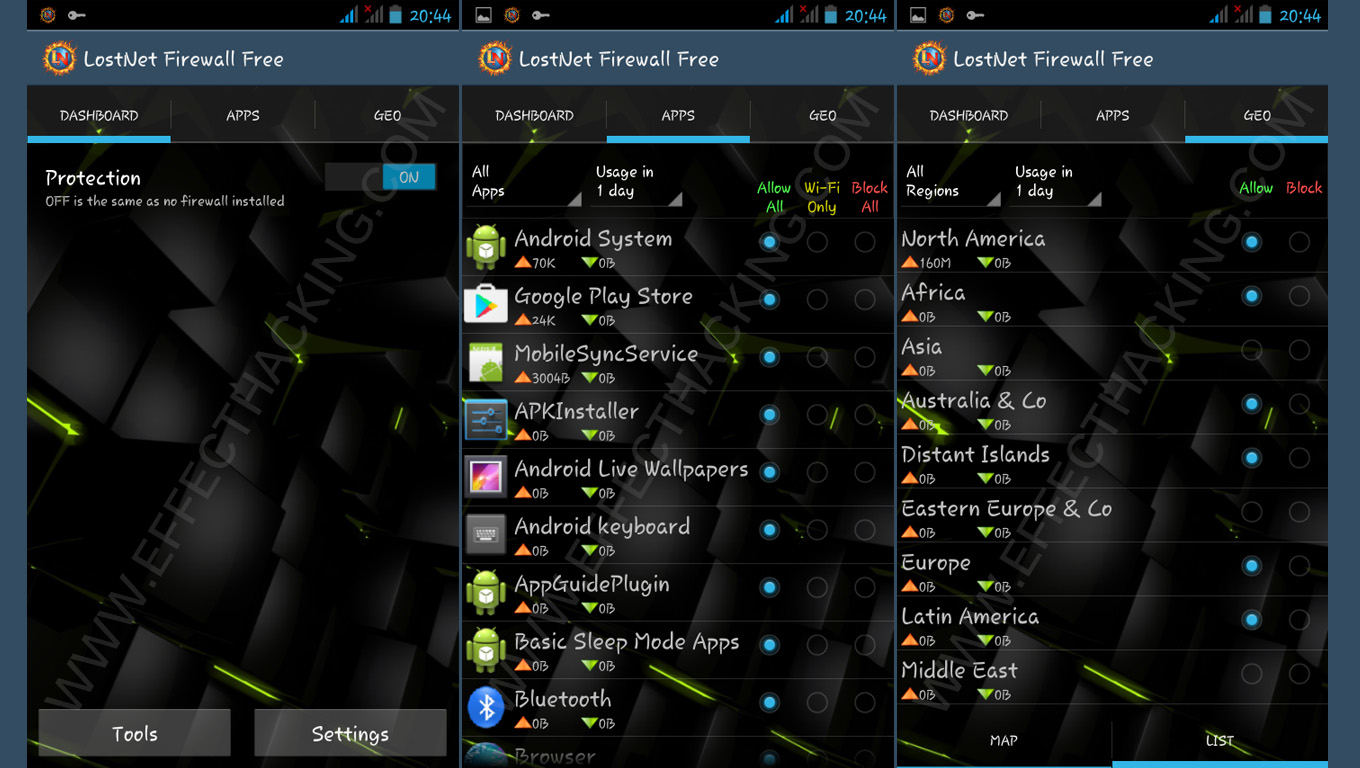 It can capture and analyze the packets sent to and from your device. That way, you can check whether your personal info is sent out. The app is also capable of removing traffic to certain ad networks.

LostNet NoRoot Firewall also allows you to create multiple profiles in order to switch between specific rules for different situations. For example, when children use your device.

That’s all. I hope you liked the article. If you did, please share this article with your friends and followers. Because sharing is caring….

500 million WhatsApp mobile numbers up for...

When it comes to data, resist your...